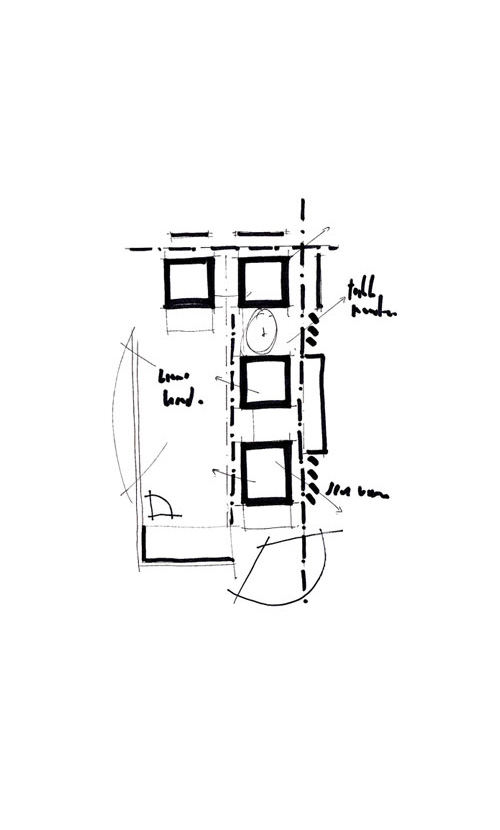 The site is a narrow plot running east to west with the long side facing north-south. The site is ideally located in a relatively wind-free area of Camps Bay with beautiful views of Lions Head to the north, Table Mountain to the east and the Atlantic Ocean to the west. On the south side is a greenbelt. The building has been conceived as a terraced three-storey structure. In order to minimise the impact of the building, the west facade is staggered back so that the three storeys become less apparent and the building mass is visually reduced. On the basement level, thick Gabion walls are used, rooting the House Druian to the ground. On the upper levels, the pallet of materials is in direct contrast to the basement level and consist of a combination of glass, steel and timber. The upper levels consist of four separate pitched roofs and together, the choice of materials make the building visually lighter and give it a contemporary feel. The design of each separate facade is directly informed by the sun, wind and views. The north facade openly invites the winter sun to penetrate deeply into the living areas and cuts off the summer sun at the peak of the summer solstice. The flow from indoor to outdoor is seamless. The south elevation is in direct contrast to this and is solid in feel as it protects the living, pool and garden areas from the summer south-easterly winds. To the west is a beautiful view of the Atlantic Ocean. The west sun is controlled by a series of sunscreens and shutters, which can be manipulated according to the time of day. In this respect, House Druian responds to its environment in such a way that one is always conscious of the environment and ever-changing weather conditions. 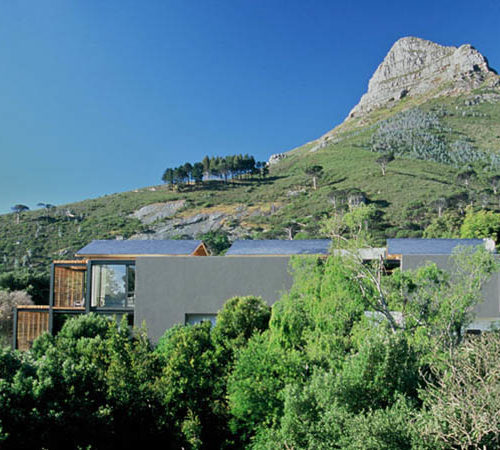 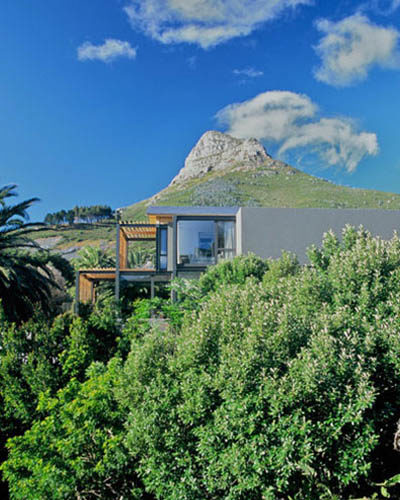 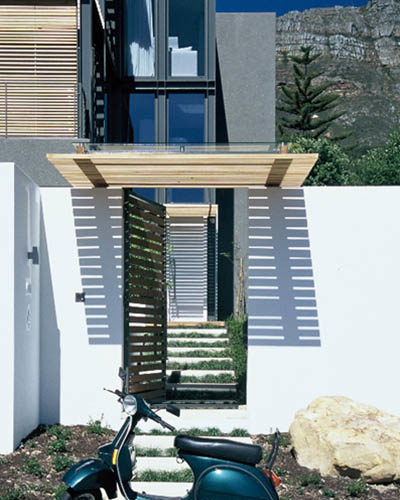 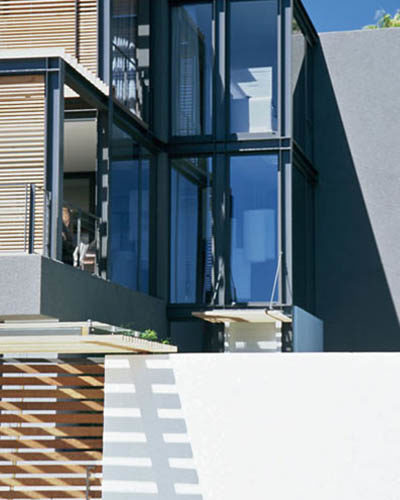 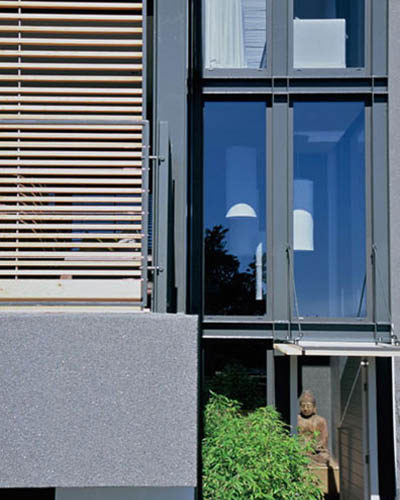 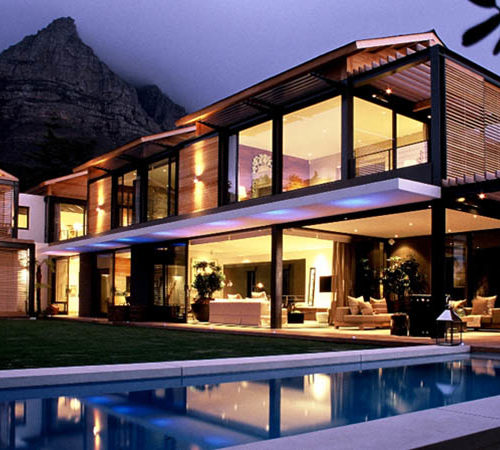 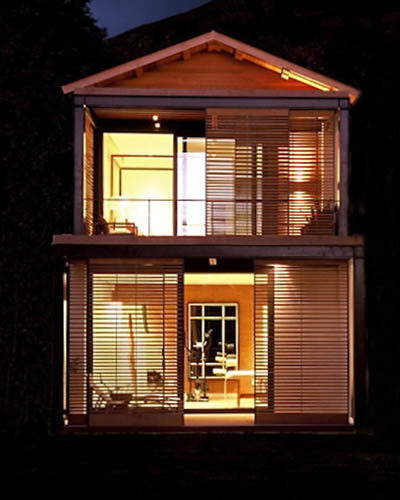 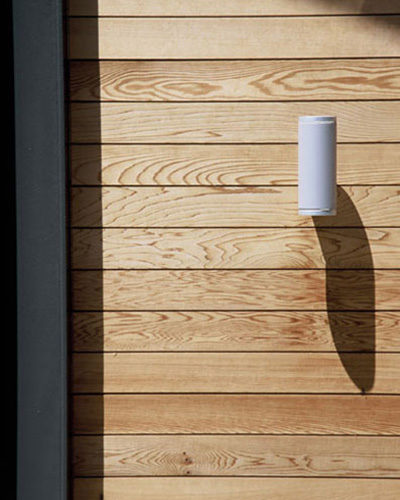 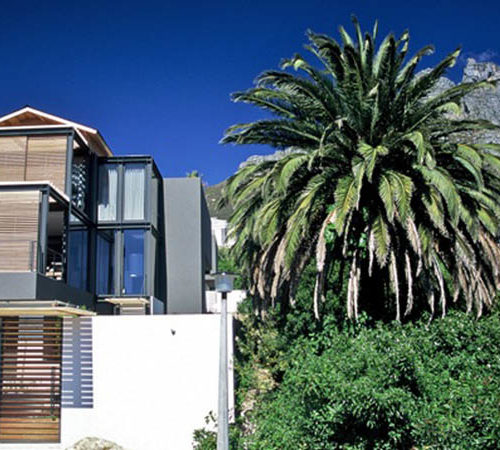 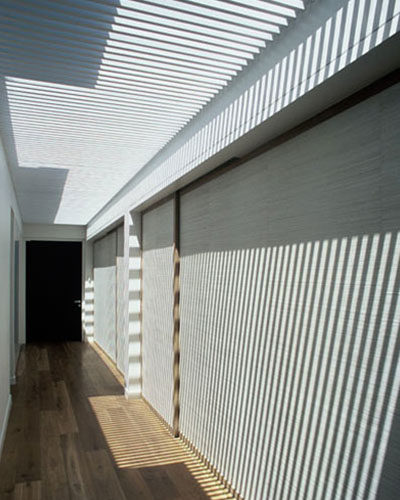 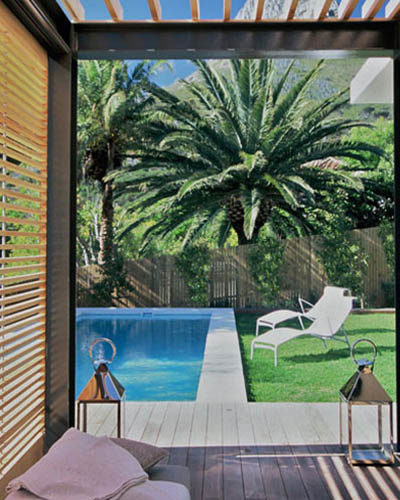 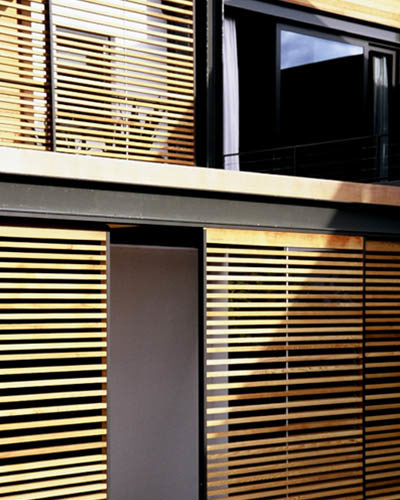 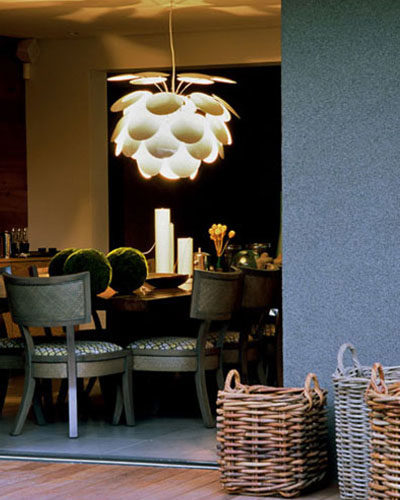 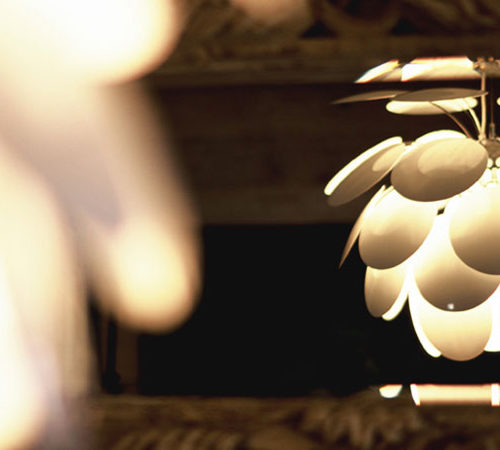 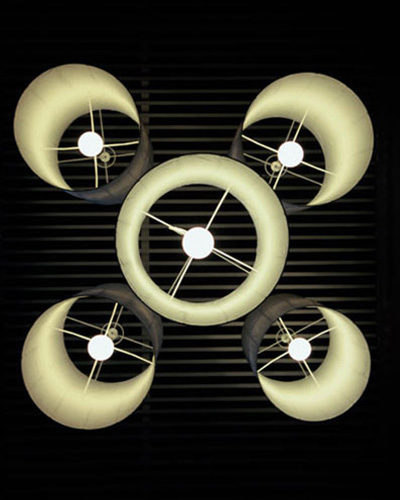 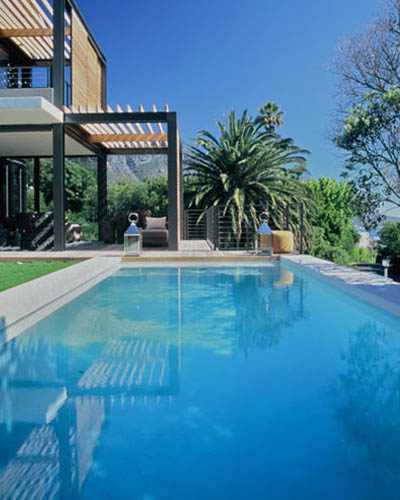 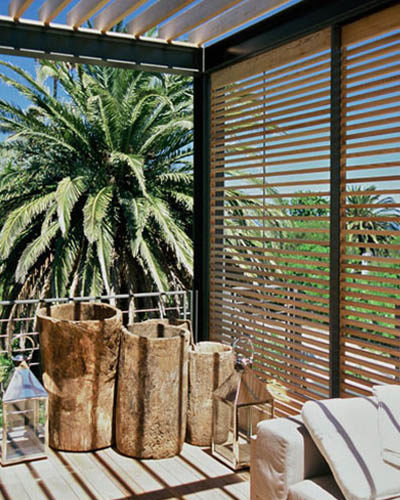 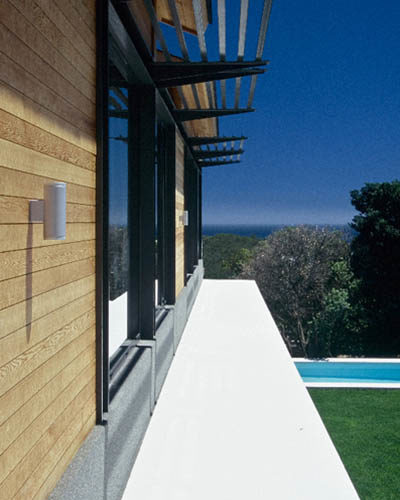 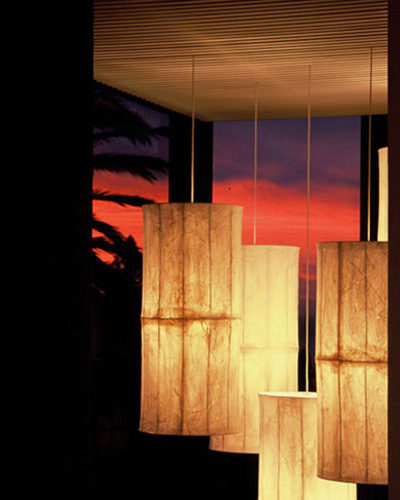 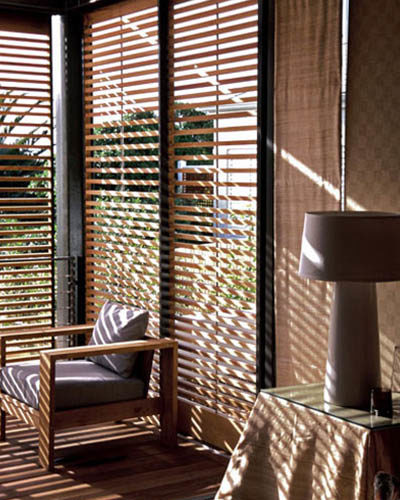 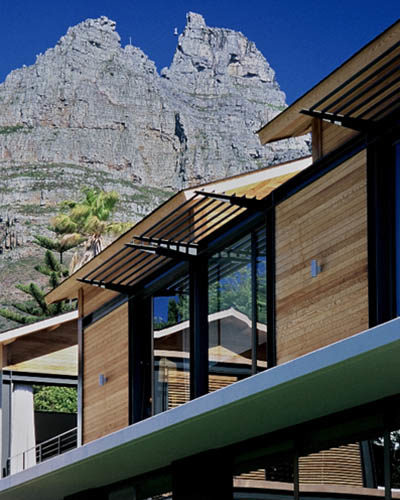 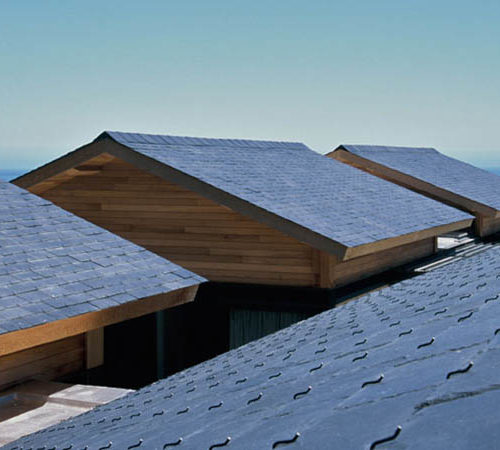 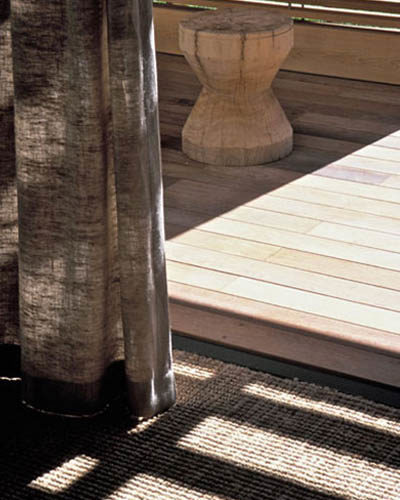 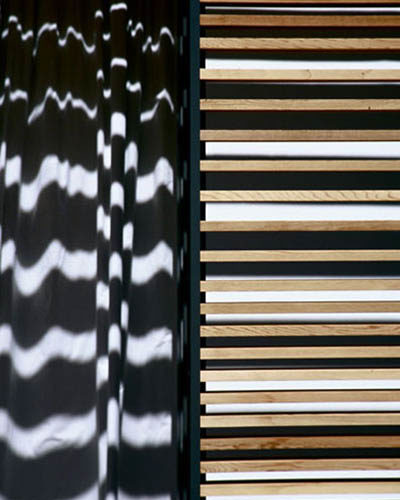 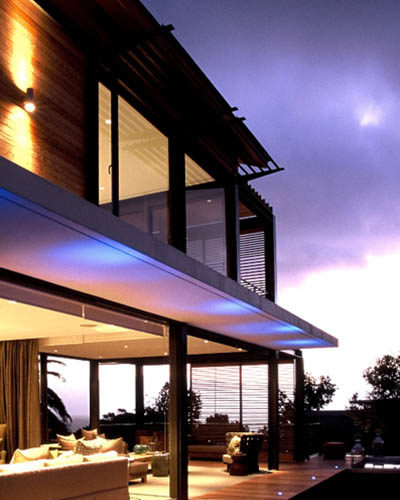