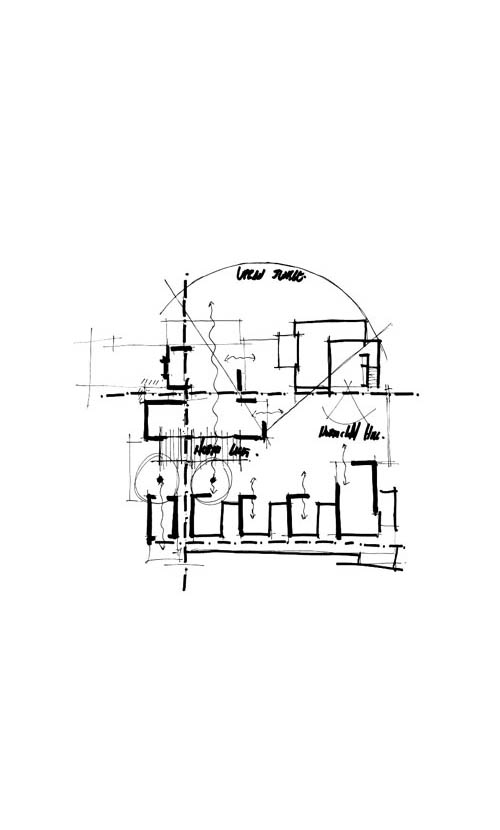 The elevated site is ideally located at the foothills of Northcliff Hill with commanding views of the landmark water tower to the south and northern suburbs skyline to the north. Taking advantage of the uninterrupted views already offered on natural ground level and the relatively steep gradient it was established early in the design concept that the building envelope would primarily be conceived on a man-made level platform on the top third of the site. In so doing this negated the need to build on three levels at the expense of a usable family-friendly level garden. The net result is that all the living and sleeping areas of House Parbhoo, as well as the lawn and pool area, are on the same level allowing for an intuitive and natural flow throughout the scheme. The basement level fills in the void created by the elevated platform above and accommodates a triple garage, guest suite, staff quarters and storage. The walls on the lower level are splayed resulting in the apertures for doors and windows revealing the wall thickness, thus creating deep shadow lines and rooting the building to the ground. On the upper level, the pallet of materials is in direct contrast to the basement level and consist of a combination of glass, steel, hardwood and Zink. The upper levels consist of a series of separate roofs and together with the varied choice of materials make the building visually lighter and layer the composition as a whole. The concept of the upper level was to arrange each and every individual pavilion in such a way so as to benefit and maximise the optimum solar orientation to the north. The resultant spaces between the pods become courtyards, treated as rooms left open to the sky. Adding to the more than 10 million trees planted in the city of Johannesburg, each courtyard will have a deciduous tree as its focal point to experience the changing seasons and help regulate the temperature of the surrounding rooms. The result of this composition is that the interior and exterior spaces of House Parbhoo are diffused and the boundaries blurred. An elevated roof garden above the pool terrace completes the compound offering spectacular 360-degree views of the Johannesburg skyline and the largest urban jungle in the world. 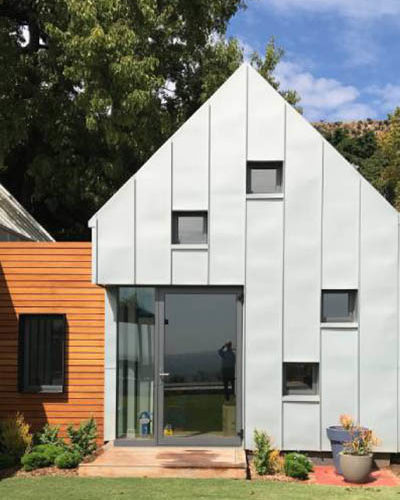 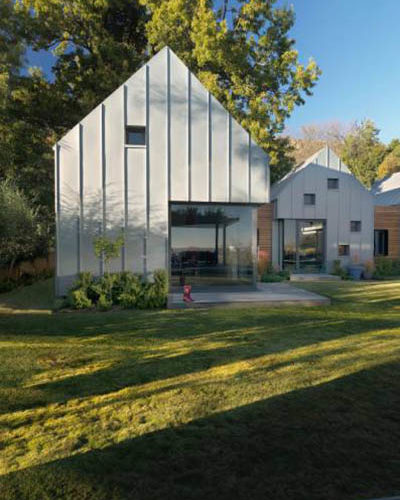 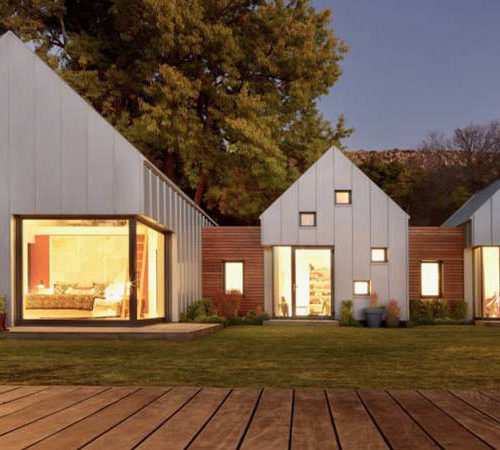 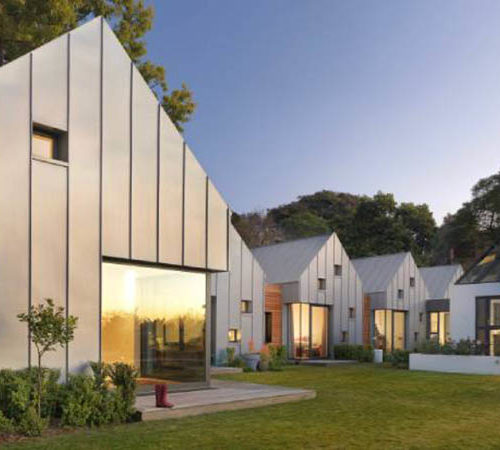 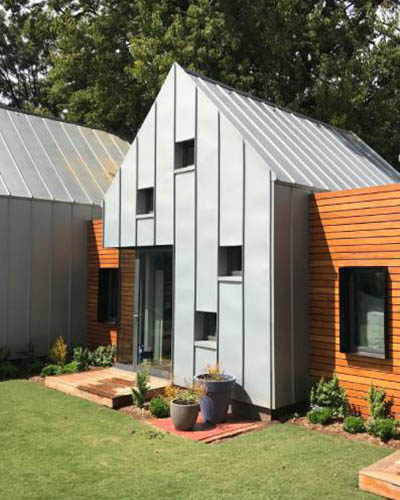 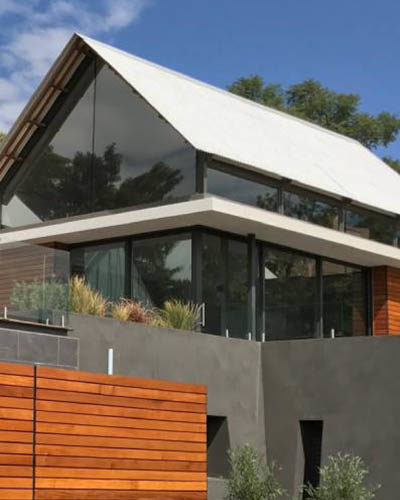 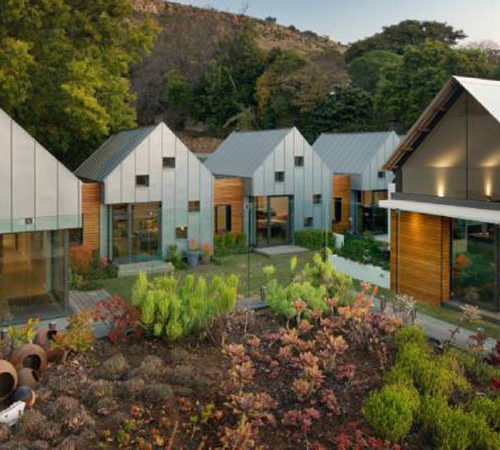