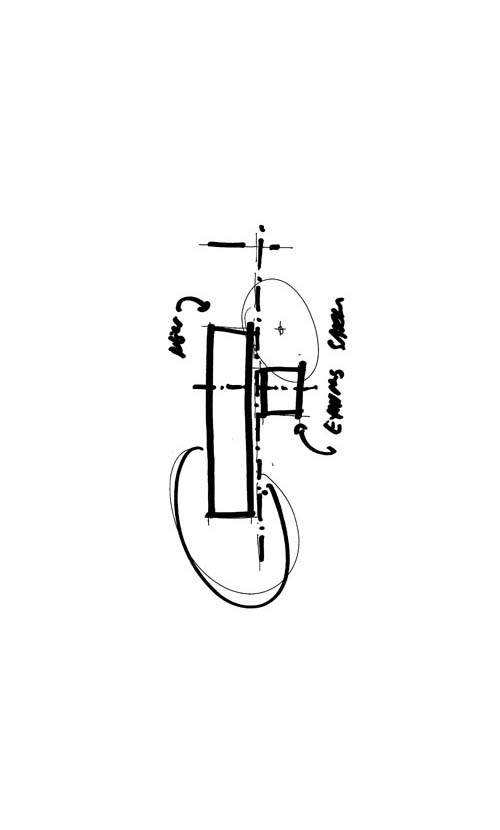 This beautiful site presented itself with a number of challenging restrictions from the outset. The site fell under the Monuments Council, the topography was very steep and the building had to be designed around an abundance of sensitive mature vegetation. An existing garage stood on the south side of the property with a no-build area on either side. The garage structure could not be demolished since the neighbour owned the flat roof portion. The existing structure had to thus be incorporated into the design, later becoming the kitchen. The kitchen thus became the datum around which the rest of the design was conceptualised. The pavilion building occupies its territory with the least amount of disturbance to the natural vegetation. House Robinson enjoys the north sun, is warm in winter and cool in summer. At each level of the home, there is a beautiful view, with varying degrees of exposure and different qualities and patterns of light. On the south side, a wall acts as a solid spine, treated in a particular texture and colour, turning the back of the house to the neighbours. On the north side, House Robinson is treated in the opposite manner incorporating light, transparent and flexible elements. The fluidity of water plays off against the solidity of the north facade with a dark pool acting as a mirror against it and adding an interesting nocturnal element when lit at night. The lower level consists of a solid base in brick and mortar (garage, maids room and pool room) and the upper level (bedrooms, kitchen and living areas) are primarily wood, glass and steel. Sheet metal was used for the roof, steel sections act as posts to support the roof, timber decks, cat ladders, balustrades and contemporary shutters along the entire north facade, offering sun protection, privacy and security. 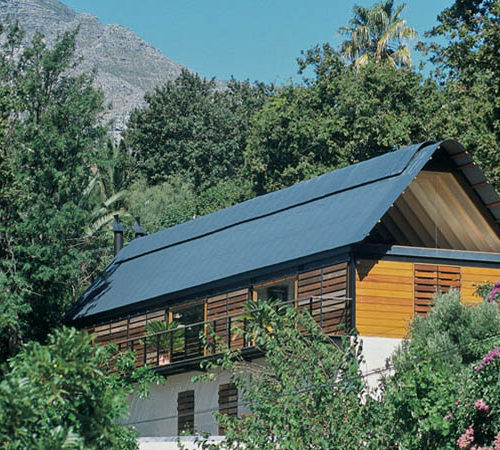 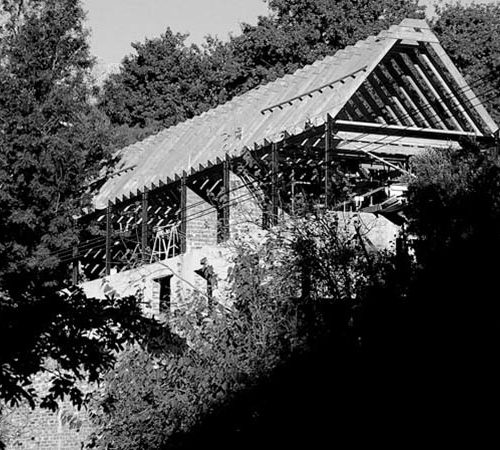 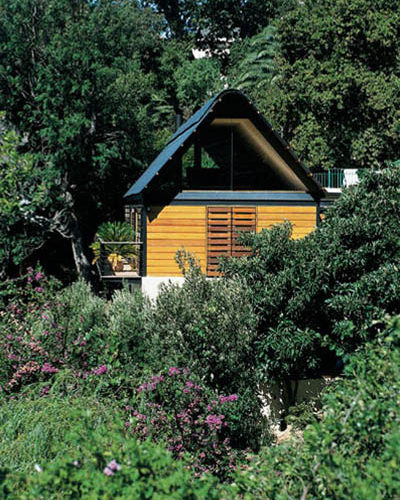 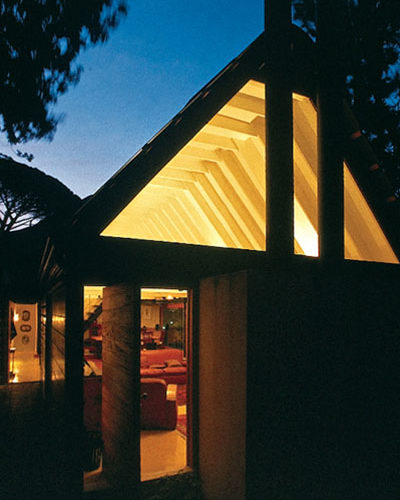 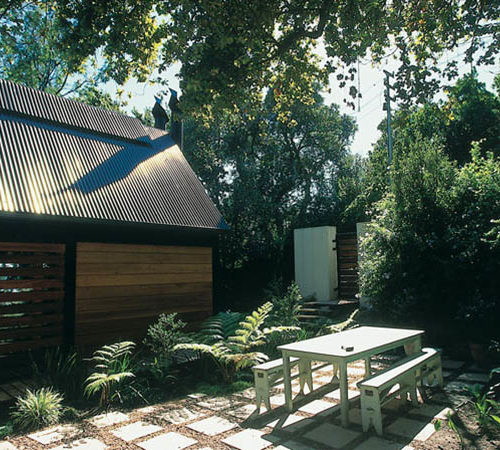 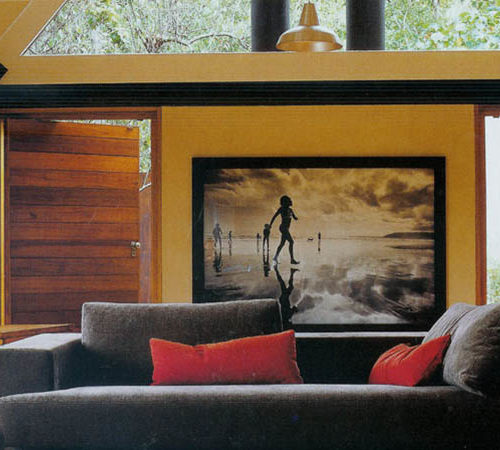 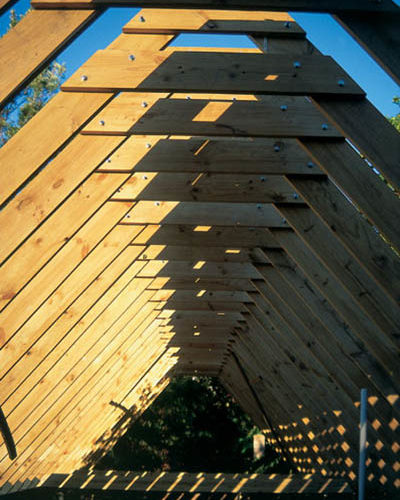 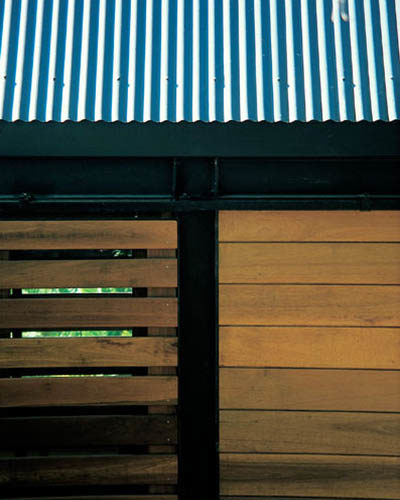 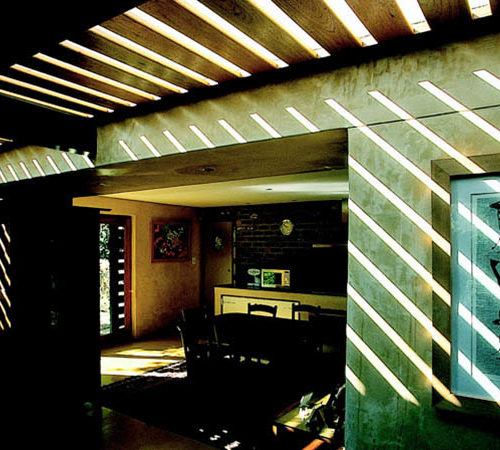