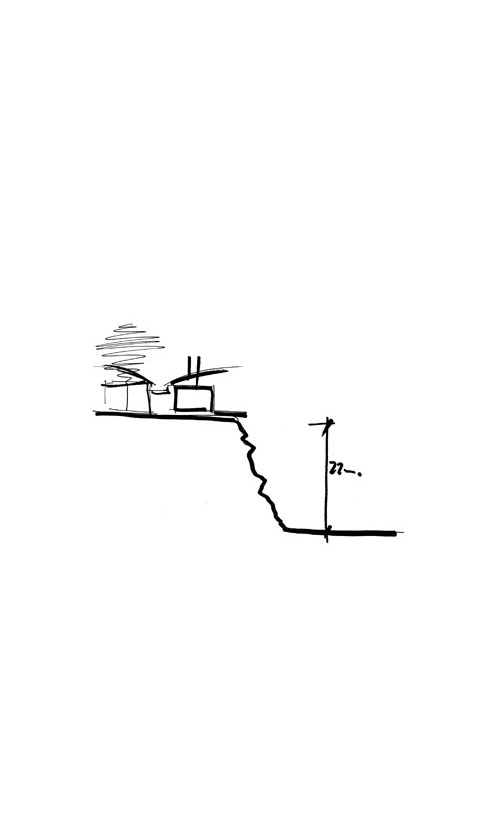 As a result of the sub-division of a street-facing property, a narrow rectangle site emerges balanced on a 30-meter high cliff face overlooking a school field in Tamboerskloof. The views are spectacular with the city bowl to the north, Table Mountain to the east and Lions Head to the west. The design concept of House Broedelet is simple. Two pavilions run parallel to each other. A courtyard, with its massive Stone pine tree, is treated as an open-air room and provides much-needed shelter from the summer southeasterly winds. The kitchen, dining and living rooms are situated in the east pavilion and the main bedroom is housed in the west pavilion, with a courtyard separating the two. House Broedelet is not visible from the street and access to the site is limited to a pedestrian route east of the original property. This makes for an interesting approach as the site is slowly discovered. The site falls rapidly from south to north, this translated into a rather large void below the building and used to maximum effect as a wine cellar and family room. Modest, natural and untreated materials are used for the house making it understated, practical and comparatively inexpensive. Aluminium sheets are used for the roof and are supported by steel sections with timber decks, cat ladders, steel balustrades and pigmented grano screeds completing the palette of materials. Water is used extensively and creates a distinctive nocturnal effect when lit at night. A striking 15m cantilevered lap pool separates the house from the cliff face and acts as a natural barrier while a water feature runs in front of the home with a bridge providing access. Water is also used in the courtyard where its fluidity plays off against the solidity of the boundary wall. 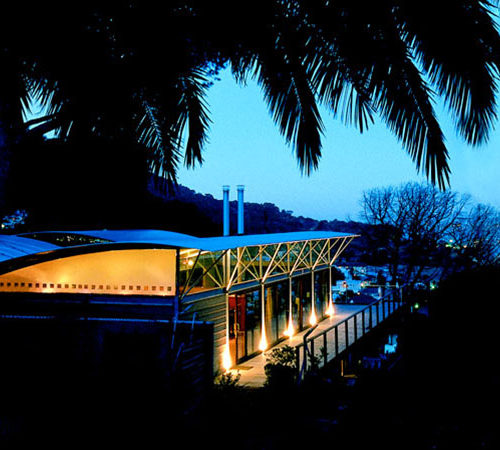 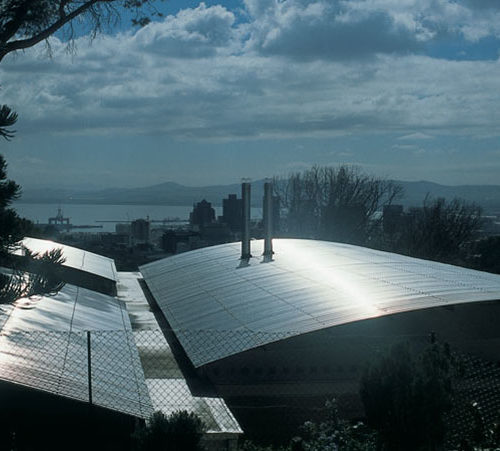 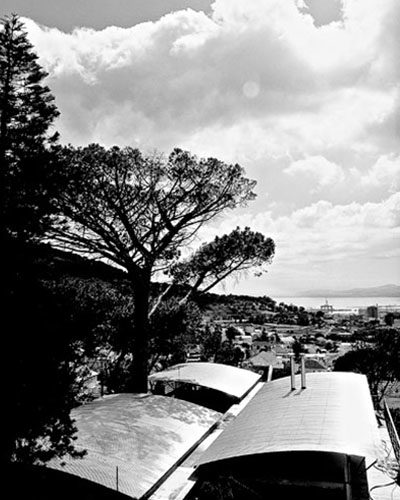 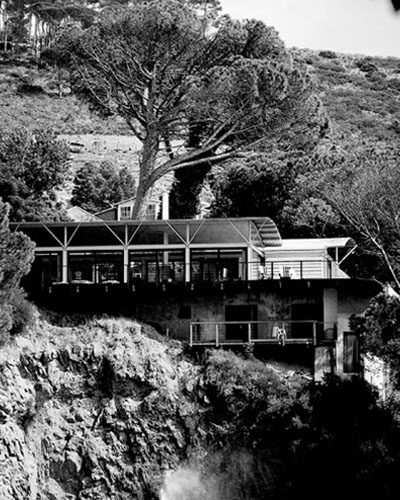 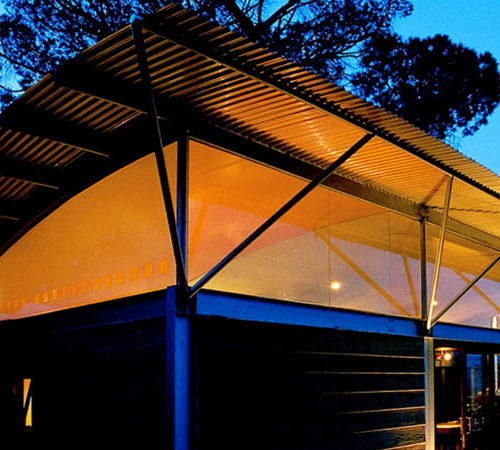 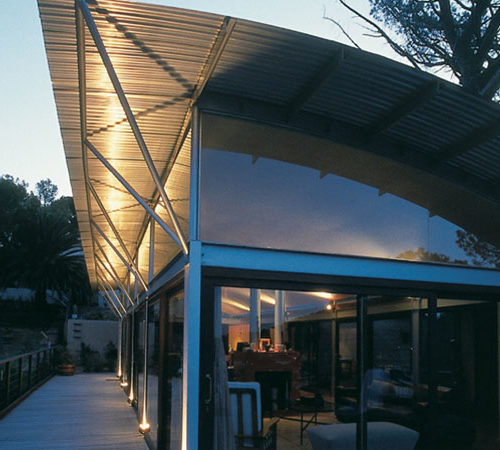 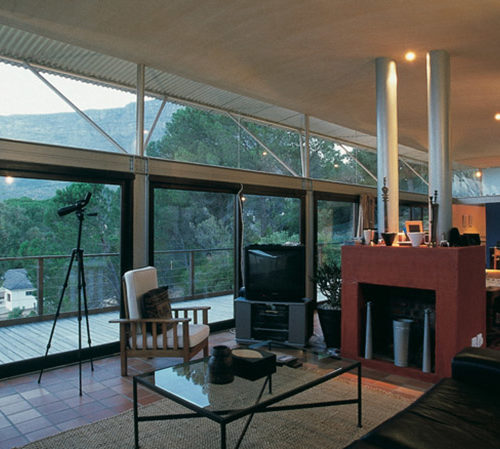