House Denobrega is situated in a quiet cul de sac in the older part of Llandudno, close to the beach and bordering on the nature reserve. It is a long narrow site, peculiar in shape, affording a compromised view of the neighbour’s house along its full length, but a magnificent view along the narrow portion to the west. House Denobrega called for a large family house complete with a guest cottage and garage for four vehicles. The challenge was to position the building in such a way as to catch the north light but maintain the sea views to the west. Privacy from the surrounding neighbours is paramount. The building is effectively designed like a long pavilion running from east to west. This is the ideal orientation for sun exposure. To break down the rather large scale of the building, the structure is divided into various pavilions, linked by bridges and courtyards. The emphasis is on an informal beach lifestyle complete with outdoor showers and surfboards, mountain bikes and paddle ski storage. The transition between inside and outside is carefully considered so as to become seamless. This is even apparent in the kitchen where a counter height herb garden is accessed directly through large windows. A dramatic 13m x 2m lap pool runs parallel to the main pavilion where the fluidity of the water plays off against the solidity of a beautifully crafted dry-packed stonewall. The pool is lit at night to create an interesting nocturnal effect. The external brick walls are clad in timber, and the first floor is built partially from timber, again to soften and break down the scale. Timber shutters are used extensively on the north and west facade, affording light control, privacy and security. The overall effect is that of an elegant yacht moored against the prevailing winds. 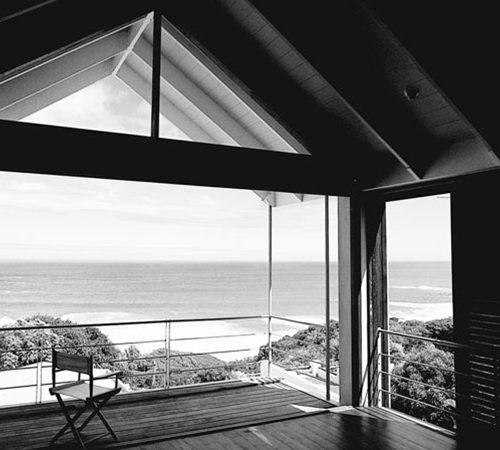 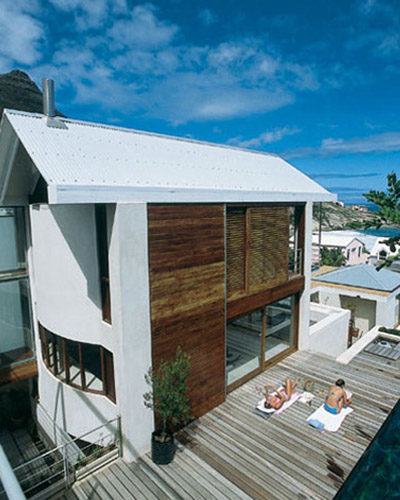 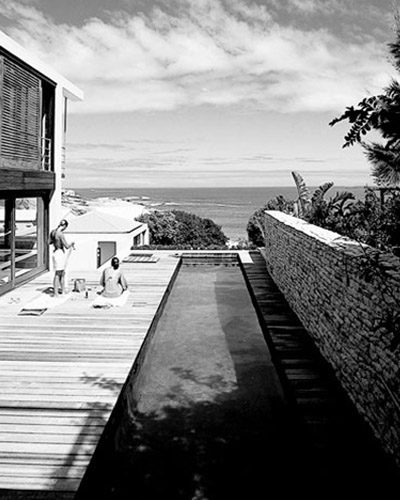 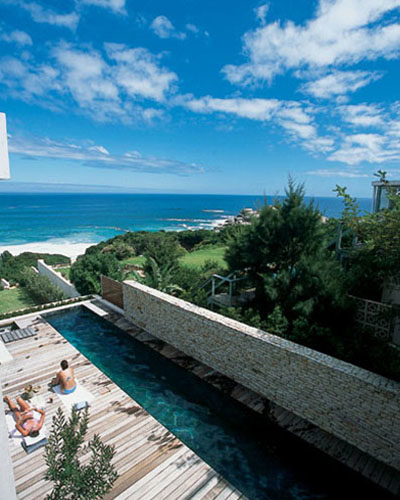 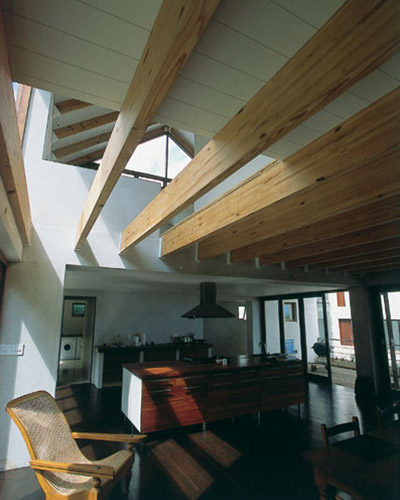 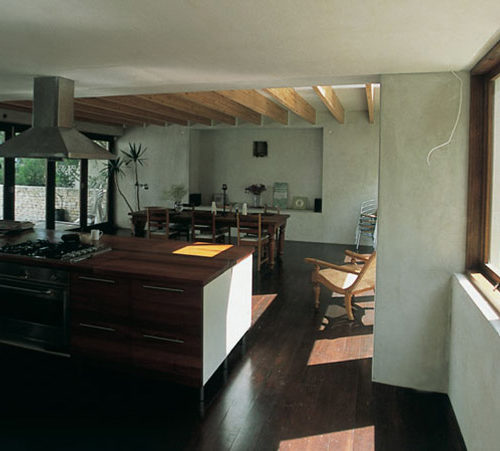 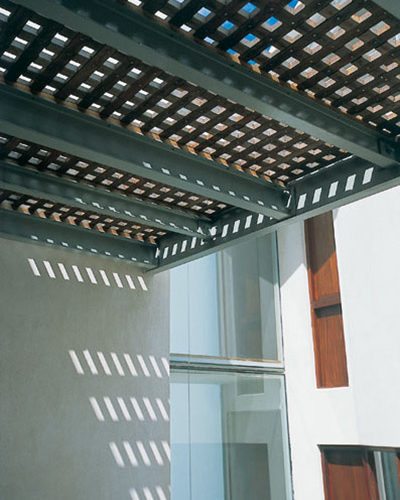 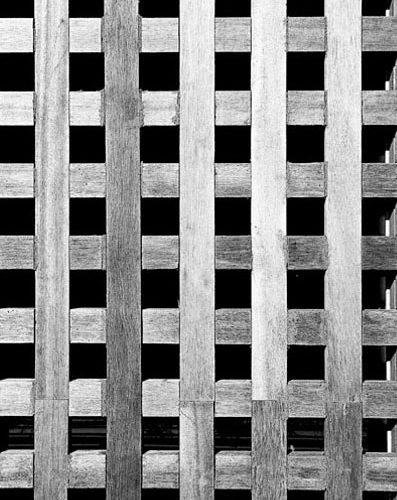