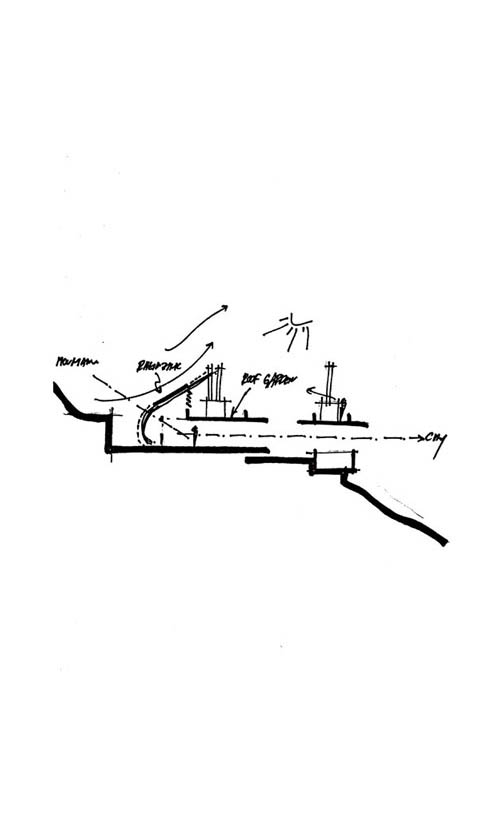 Two early decisions informed the design concept for this private residence on the foot of Table Mountain. The first was to demolish the original house whilst, at the same time, working with the existing footprint. The second decision was to do away with the original double-storey, choosing to rather elongate the original footprint at ground level. This has the net effect of improving the circulation and flow, developing a stronger relationship between the inside and outside and visually re-introducing the slopes of Table Mountain to the site (previously hidden by the imposing roof structure of the original building). Though not a shy building, House Hildebrandt manages to form a gentle relationship with the natural environment that surrounds it. The fynbos on the Table Mountain reserve to the south is introduced in the form of a roof garden on the new structure and continues to cascade over an artificial hill (created by clean rubble from the original demolition) to the North of the building. Like volcanic larvae, the mountain vegetation seems to engulf the building. Perennial grass on the roof not only insulates the interior but, with its soft tuft moving in the breeze, contrasts effectively with the strong architectural language; these two contrasting elements thus tell a story about each other. From an energy efficiency point of view, House Hildebrandt is designed by first principles. The interior spaces are never deeper than a single room where possible and designed to encourage natural cross ventilation and favourable natural light. Steel, timber and glass ‘light periscopes’ introduce north light in the kitchen and art gallery which are situated deeper in the footprint of the building. The pool is raised to meet the entertainment spaces at ground level and is complemented by a pool pavilion, the roof of which can be accessed to offer a 360-degree view of Table mountain, Signal Hill, the City and the harbour beyond. 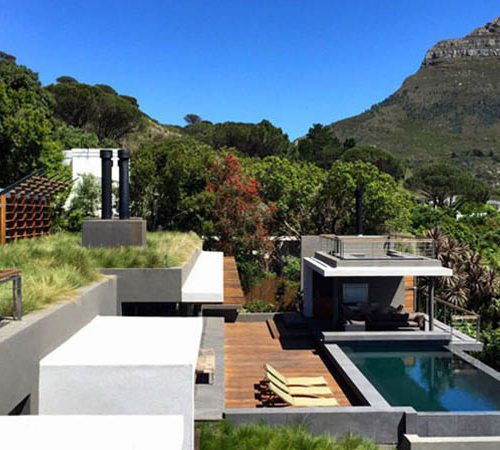 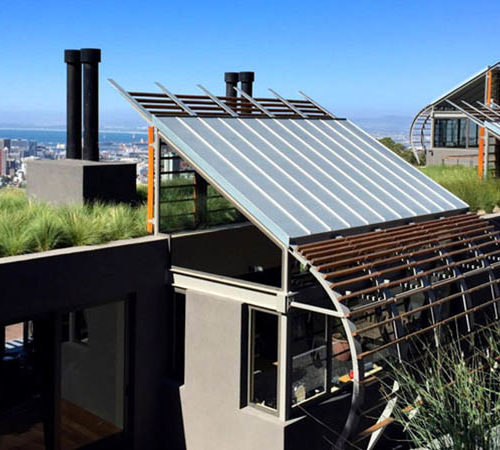 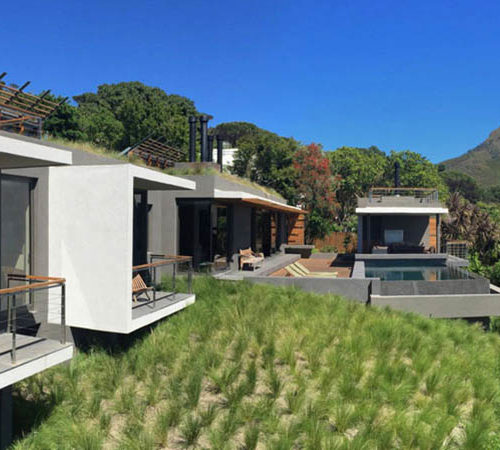 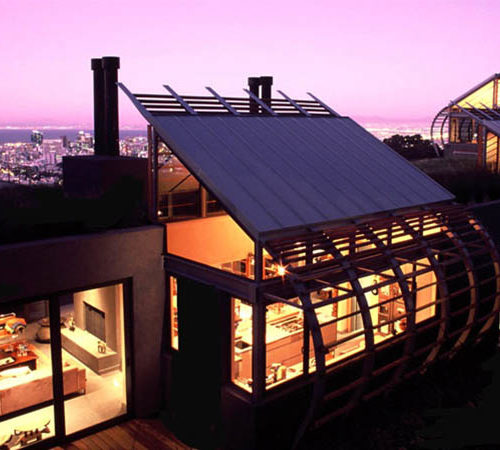 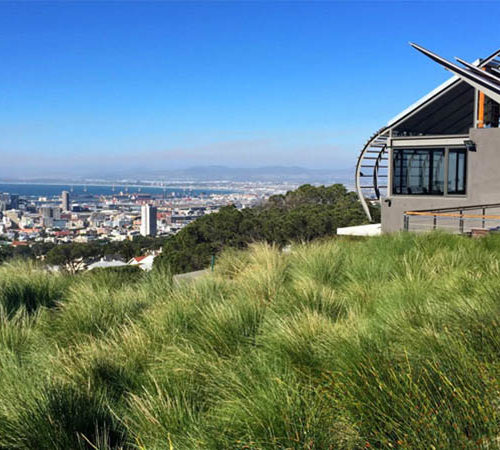 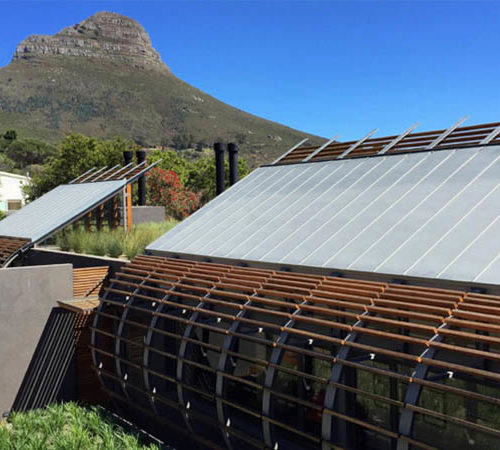 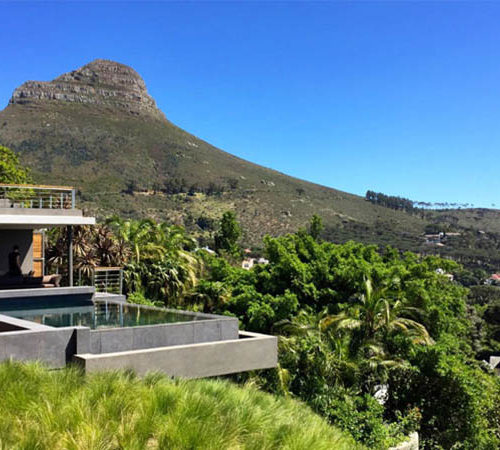 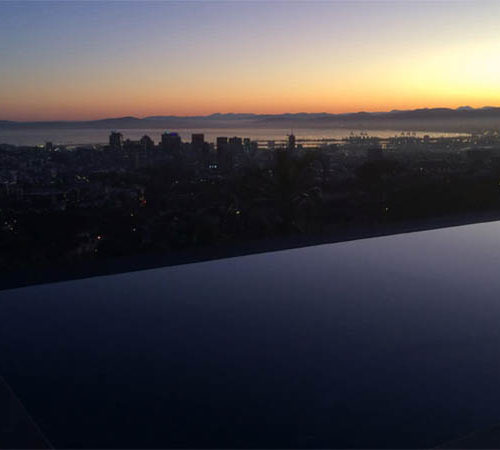 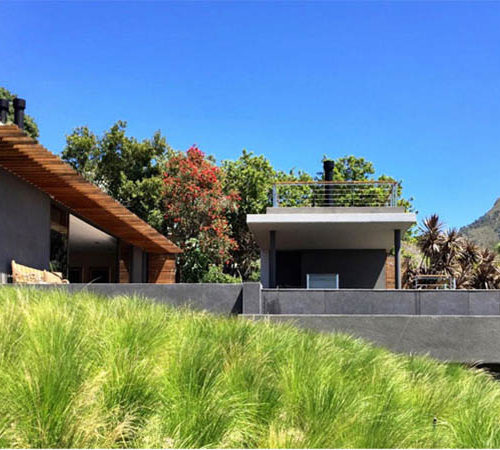 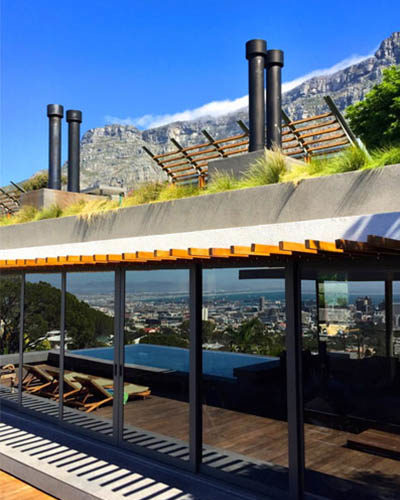 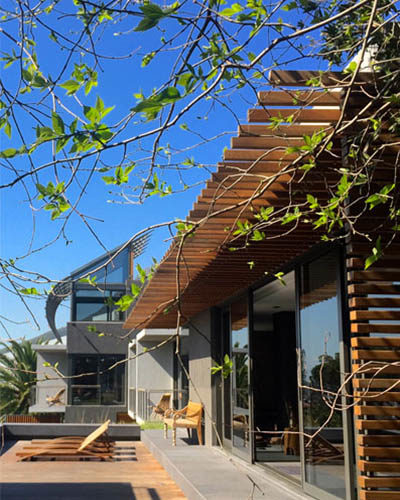 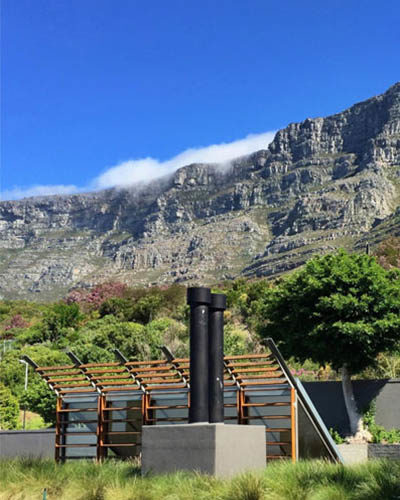 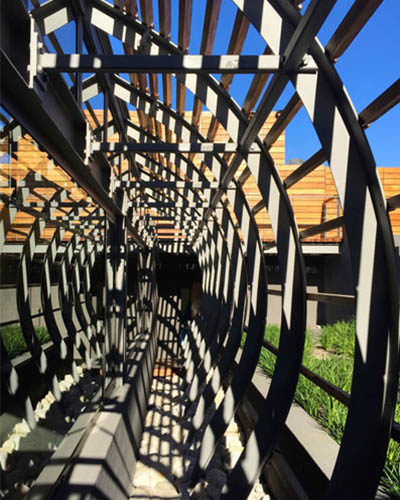 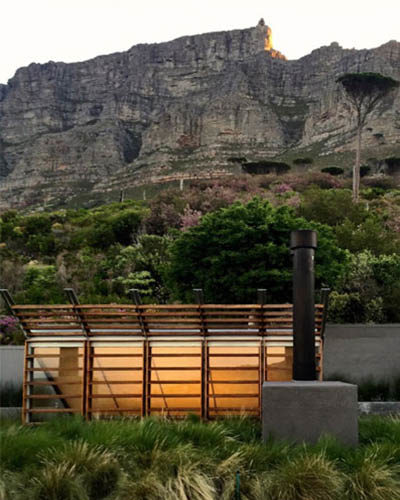 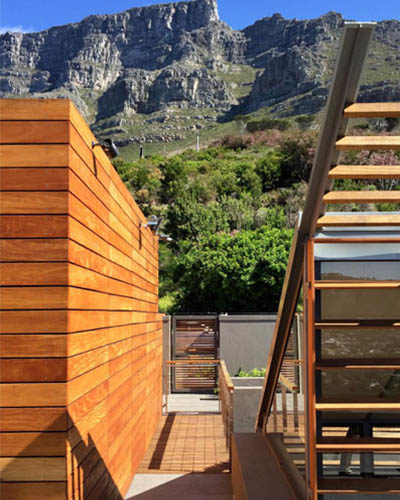 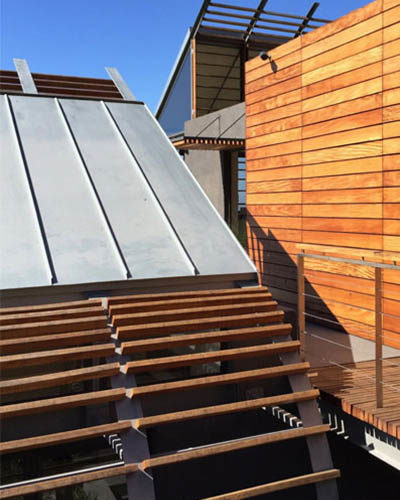 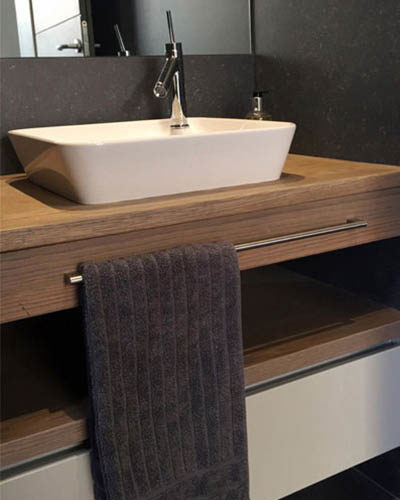 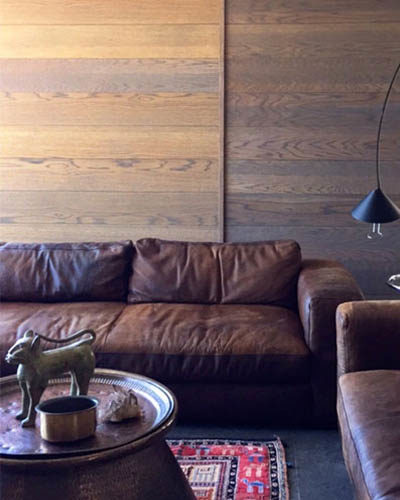 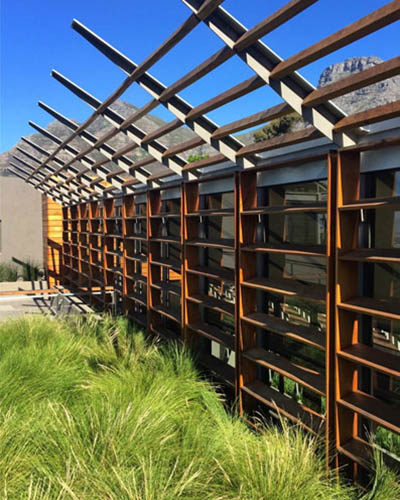 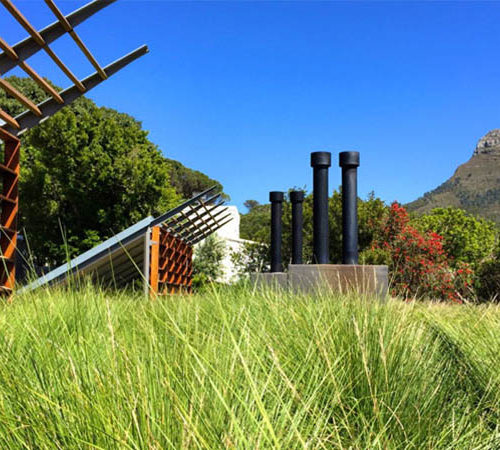